A Building Technology student of the Federal Polytechnic, Ede, Osun State Nigeria, was beaten to death on Monday, after he hit and killed five people, including some Post UTME students with his car in a crash. The deceased identified as Fisayo, who reportedly wrote his final degree exam last week, and two other friends were said to be drunk and high on drugs when the incident happened.

to eyewitnesses, Fisayo hit and knocked down the first victimat Akoda and while being chased, he crushed another person at Eleha, Bepo. He also rammed into a bike rider with his passengers at Orita Oloki, where they were eventually tracked down by the angry mob. His friends managed to flee but Fisayo wasn’t so lucky. The mob dragged Fisayo out of the car and they lynched him 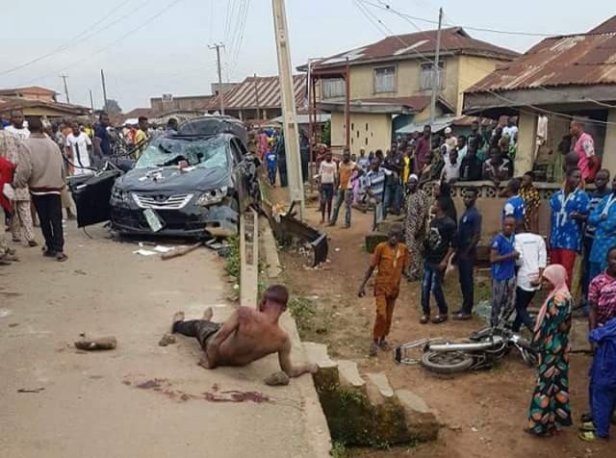 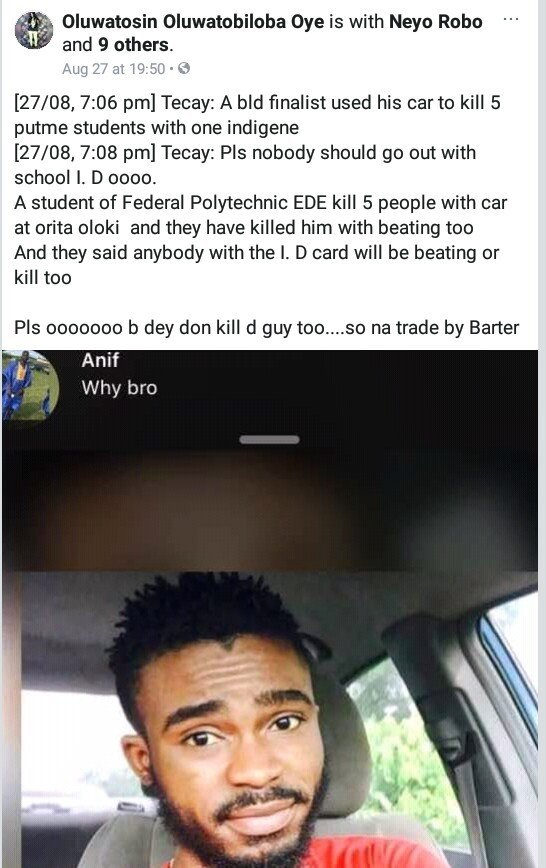